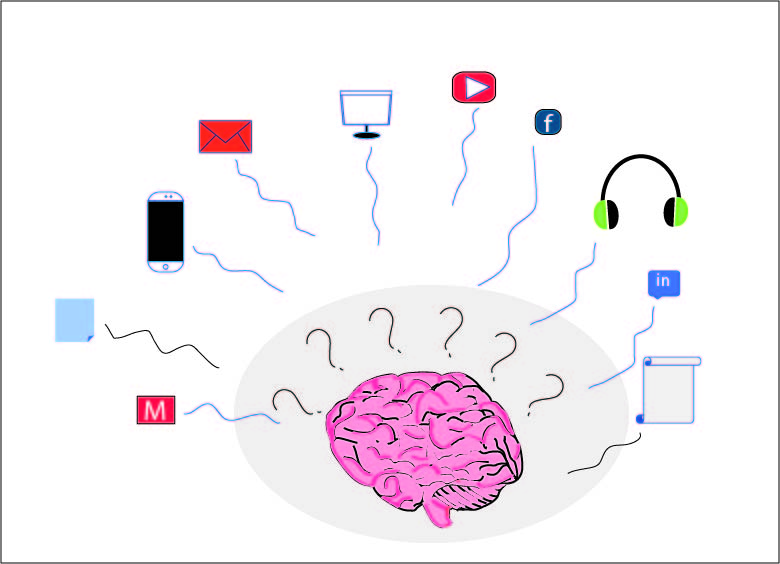 How our brain responds to multitasking

What Is Multitasking? Multitasking refers to performing several tasks at a time or in other words, switching back and forth from one task to another. If we are involved in two or more tasks at once, we can call ourselves as a multitasker. Sometimes our job demands multitasking under pressure to complete work in a predefined time schedule.

Take a moment and think, are you multitasking right now? Along with reading this write-up, perhaps you are engaged in other activities such as talking to your friends, checking emails, browsing on your computer, writing any article, listening to music, or eating.

However, there are studies which report no performance difference between multitasker and other group who are not engaged in multitasking. Of course, it’s very hard to say whether multitasking is good or bad. So, more evident studies are required to understand the effect of multitasking.

Posterior lateral prefrontal cortex (pLPFC) is the part of cerebral cortex and is responsible for routing the information input to corresponding centers for processing and storage. This region plays an important role when we are multitasking. During simultaneous arrival of information, pLPFC keeps them in a queue rather than sending them for processing and storage.  If it continues to happen, pLPFC queues two of them for processing and ignores the rest. This ignored information slip past to the striatum. Which is a part of subcortical basal ganglia and plays a pivotal role in the sequential representation of actions. As this information are not processed and stored, we fail to recall it later.

Multitasking it seems is like a better way to finish all our work at once, but research has shown that it can actually reduce . So, to avoid this it’s better to reduce the simultaneous work burden to our brain by our work and allocating enough time in between each task.