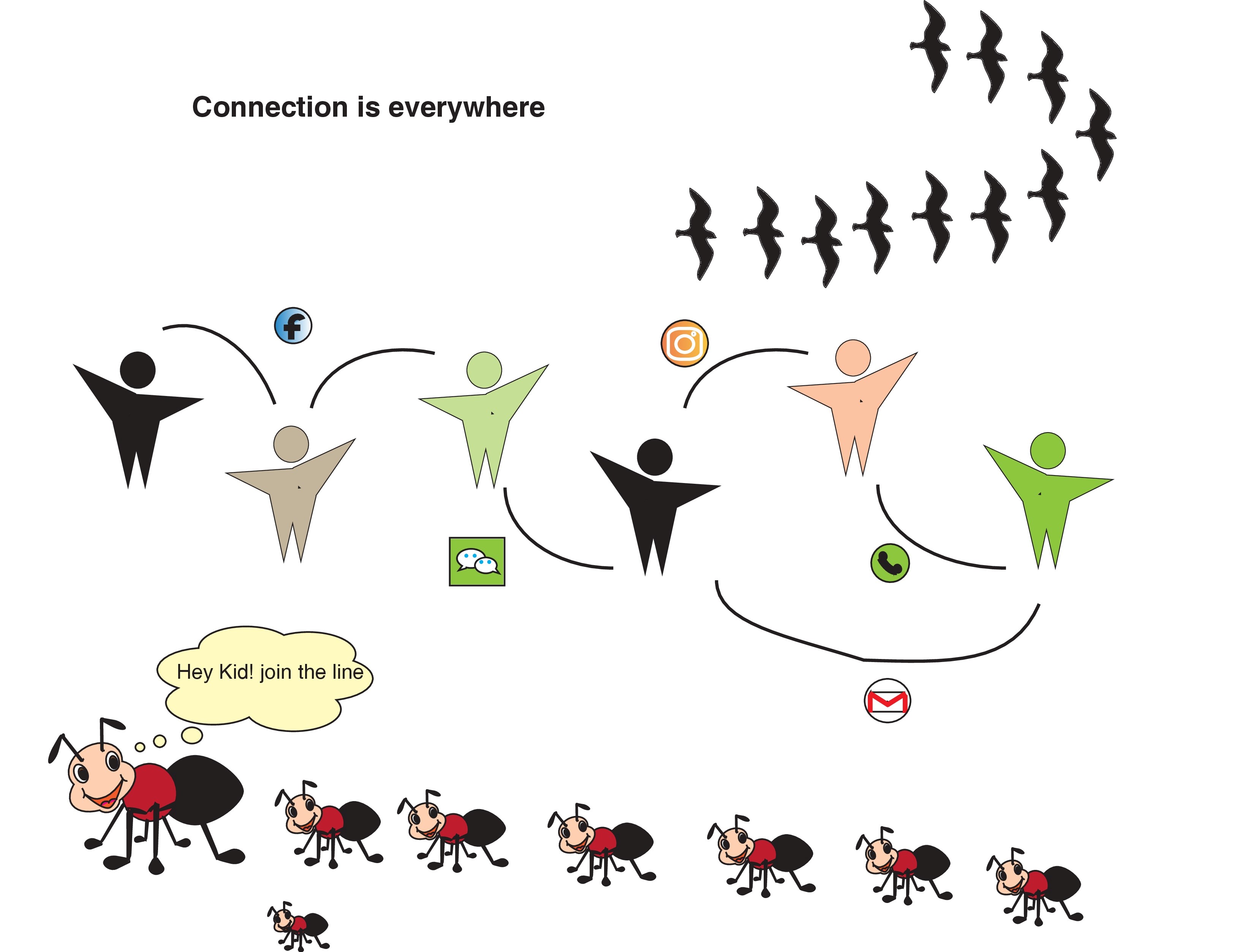 It is all about co-ordination: The Essence of Networks

“Unity and co-ordination” are the two key mantras for designing a successful system or organization. Co-ordination can be achieved by forming healthy interactions between the constituent elements of the system. Interacting elements form a network and proper interaction results in the efficient flow of information or flux to achieve a particular target. So, proper networking among the constituents plays a crucial role in the success of that organization.

The essence of networking is beautifully explained by some of the well-organized systems exists in nature. Flashing pattern of light by a group of firefly may seem meaningless to us, however, it is actually their license to find a mating partner. Female firefly responds to their conspecific male partner by the synchronous flashing. A shoal formed by a group of fish is another example of nature driven network. Movement of individual fish in such a group may look like a random one while the complete system tells us how well they are coordinating with each other. Similarly, focusing on the movement of individual ant or starling may not provide much information, however, studying the movement of a group of ants or starlings can help to discover the beautiful formation of marching ants in a straight line or a murmuration of thousands of starlings. These individual elements formed a network and practiced to co-ordinate with each other to successfully build such organizations.

The list of biological metaphors for networks is huge, be it in macroscopic (organism) level to the microscopic (genes, proteins, or metabolites) level. We live in a society and interact with each other with different kind of relationships. Some of the relationships are bi-directional such as a friend, foe or unidirectional like being a fan or follower of someone. Friendship and love are some of the positive interaction exist around us whereas foe, hatred are some of the negative interactions added to such a network. Being in a society, we all are coordinating and managing these positive and negative interactions to maintain harmony in our surrounding. In the current scenario, we can clearly see and feel the network around us, and all credit goes to the growing social networking.

To understand the function of a system, it is important to understand the structure of the system. “System biology” is an emerging area where it entertains the systems level understanding of any functional organization. A system can be modeled into a network using the concepts of graph theory. Nodes represent the elements of the system while edges denote the interaction exists between the two nodes or elements. Studying various properties of the network helps in better understanding of the system and its behavior in various conditions. Studies have shown the existence of well co-ordination between the elements of the successful system.

These systems-level studies reiterate the essence of the well said proverb “United we stand, divided we fall”. This holds true for every functional system, be a macroscopic or microscopic one.