Head along with brain regeneration while severed – The extreme what can happen in the field of Stem Cells and Regenerative Biology?

Have you heard of any creature that can help regenerate its head along with the brain when severed?

The spontaneous answers are:

Interestingly, some creatures on the earth can regenerate their heads when severed. These are several species of marine ribbon worms.

Regeneration of posterior end such as tails when severed has been well documented in stem cells and regenerative biology research in salamanders and lizards. However, head regeneration/anterior part of the body usually are impossible because the brain is the master regulator of all the physiological, metabolical and developmental processes. Recently, 22 species in the invertebrate phylum ‘Nemertea’ have been tested for the regeneration of both heads and tails. Out of these 22 species, 5 species are even adapted to regenerate heads when decapitated. As per the evolutionary reports, the species Lineus sanguineus has evolved the ability to regenerate its head about 10-15 million years ago that might be the reason of non- extinction of this species till date. Considering the existence of Lineus sanguineus, the species Homo sapiens are much recent in the history of evolution!

Although this work was carried out by Zattara and the team at the Smithsonian Institution’s National Museum of Natural History in Washington, D.C. USA, the work focused on evolutionary biology, rather than regenerative and stem cells biology. Hence, the head regeneration in Lineus sanguineus is likely to provide definitive cues to the stem cell-developmental and regenerative biologists for deciphering novel factors involved in difficult-to-regenerate parts of the body. 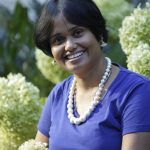