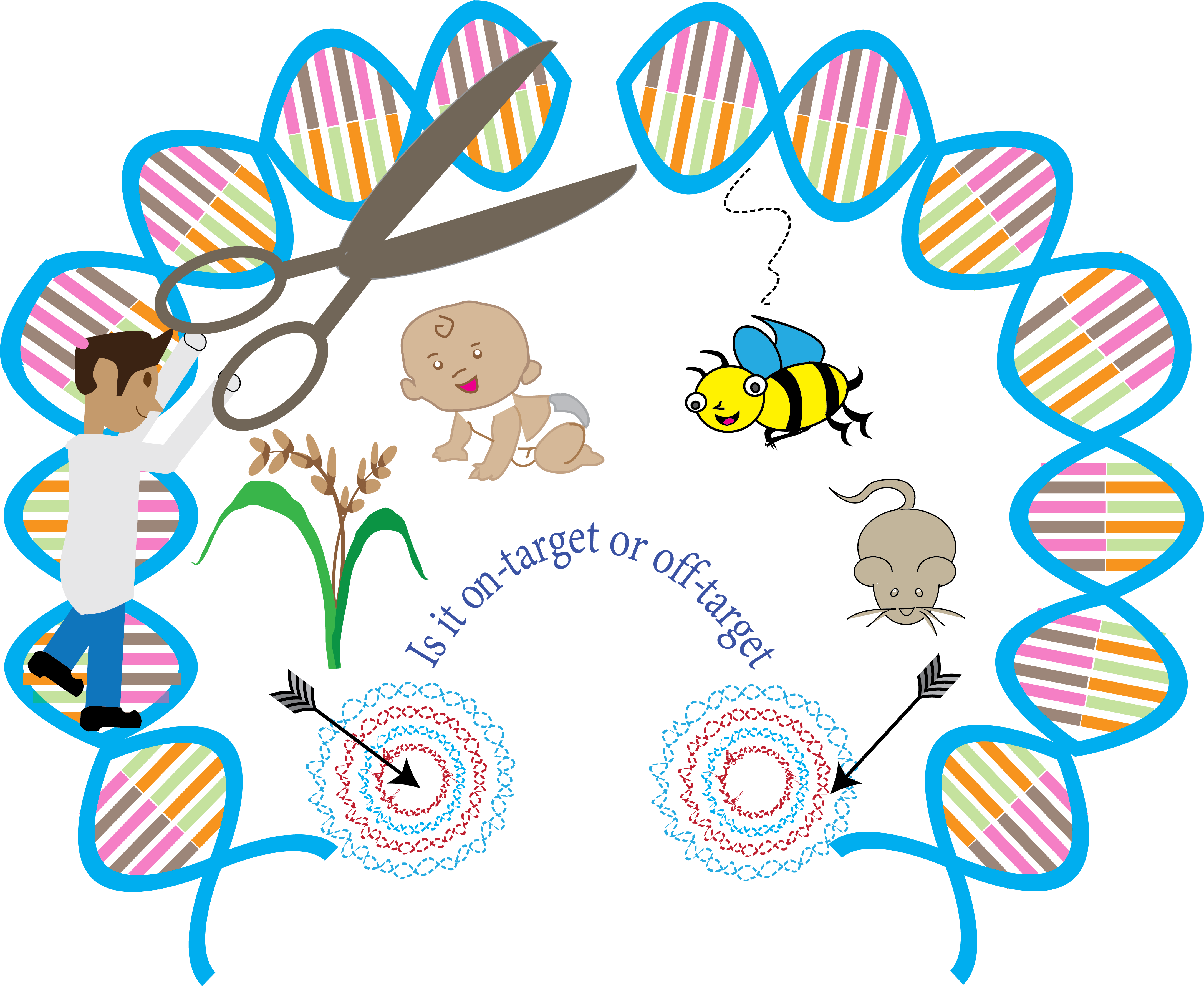 It’s a no non-sense: A tale of CRISPRing

Professor Bradley’s group in Wellcome Trust Sanger Institute, UK recently reported that CRISPR-Cas9 led gene editing can lead to potential DNA damage by introducing unwanted large-scale deletions and complex rearrangements. The work which was done on cell lines derived from human and mouse have shown that this technique creates extensive DNA damage. The study was published recently in the scientific journal Nature Biotechnology. So the major implications will be that the CRISPR based therapies may not be as useful to treat diseases as we may have been thought earlier.

Two other studies which were published two months ago in the scientific journal Nature Medicine, one from the Karolinska Institute Sweden and the other from the company Novartis showed concerns that CRISPR/Cas9 editing can induce cancer.  So the promise of using this technique in clinical trials for blood-related disorders such as hemophilia, sickle cell anemia, and Beta-Thalassemia, and other disorders such as Duchenne Muscular Dystrophy which are potential candidate for gene editing could be delayed because of the astonishing results reported.

CRISPR, short for Clustered Regularly Interspaced Short Palindromic Repeats system is based on the defense mechanism used by bacteria to protect themselves against the invading viruses. The Cas9 protein which acts as molecular scissors cleaves the virus genetic material and protects the bacteria. The bacteria also store the fragmented virus genetic material, which acts as a guide for the future attack by the same virus.

The system has been tweaked by scientists to be used as a gene editing tool. So in simple terms, CRISPR/Cas9 is a genome-editing technique which cuts/breaks the DNA at a specific site(s) with the help of a guide RNA which is associated with Cas9 protein. The cell repair system then adds the new DNA at the cut site thereby activating or deactivating gene(s) to treat a certain condition.

More recently, a team from the University of Illinois invented CRISPR-SKIP technique where instead of cutting the DNA, the machinery actually causes the region of DNA to be “skipped”. Since we know that DNA contains exons (the coding regions) and introns (the non-coding regions). When the cell transcribes the gene into RNA, all the exons are stitched together which is to be used for protein synthesis. The stitching of exons happens due to the presence of specific base sequence at the start and end of each exon. CRISPR-SKIP modifies these specific base sequence, leading to exon skipping and thus the exon gets ignored during protein synthesis.

Due to the stupendous scope of its application, CRISPR was eventually touted as an ultimate method for editing genes. Treating genetic disorders and cancer, improving crop yields, reviving extinct mammals and producing designer babies are only a minuscule portion of the portrayed promises made by scientists. What eventually followed was a massive patent war between two teams. Having tested the CRISPR gene editing potential in a cell-free system, Jennifer Doudna and Emmanuelle Charpentier of U.C. Berkeley and the University of Vienna, respectively filed a patent application in the year 2012. Another patent was filed by Feng Zhang from the Broad Institute (collaboration between MIT and Harvard) in 2014. This team filed for the patent in using CRISPR in editing eukaryotic genes. Having applied through a fast-track process of review, the latter team was first awarded the patent. U.C. Berkeley and the University of Vienna appealed against this decision and claimed an ‘interference proceeding’. Stating that the claims made by the Broad Institute were ‘non-obvious’ and unique in its own right, a federal appeals court upheld the judgment passed by Patent Trial and Appeal Board in favor of the Broad Institute on September 10, 2018.

Having mentioned the flaws such as off-targets effects and unwanted DNA damage by various studies, this technique has a lot of outstanding potential in the scientific field. Since the CRISPR/Cas9 technique has progressed very quickly over the years, it is important to understand the reliability and after-effects of this technique.

4 Replies to “It’s a no non-sense: A tale of CRISPRing”