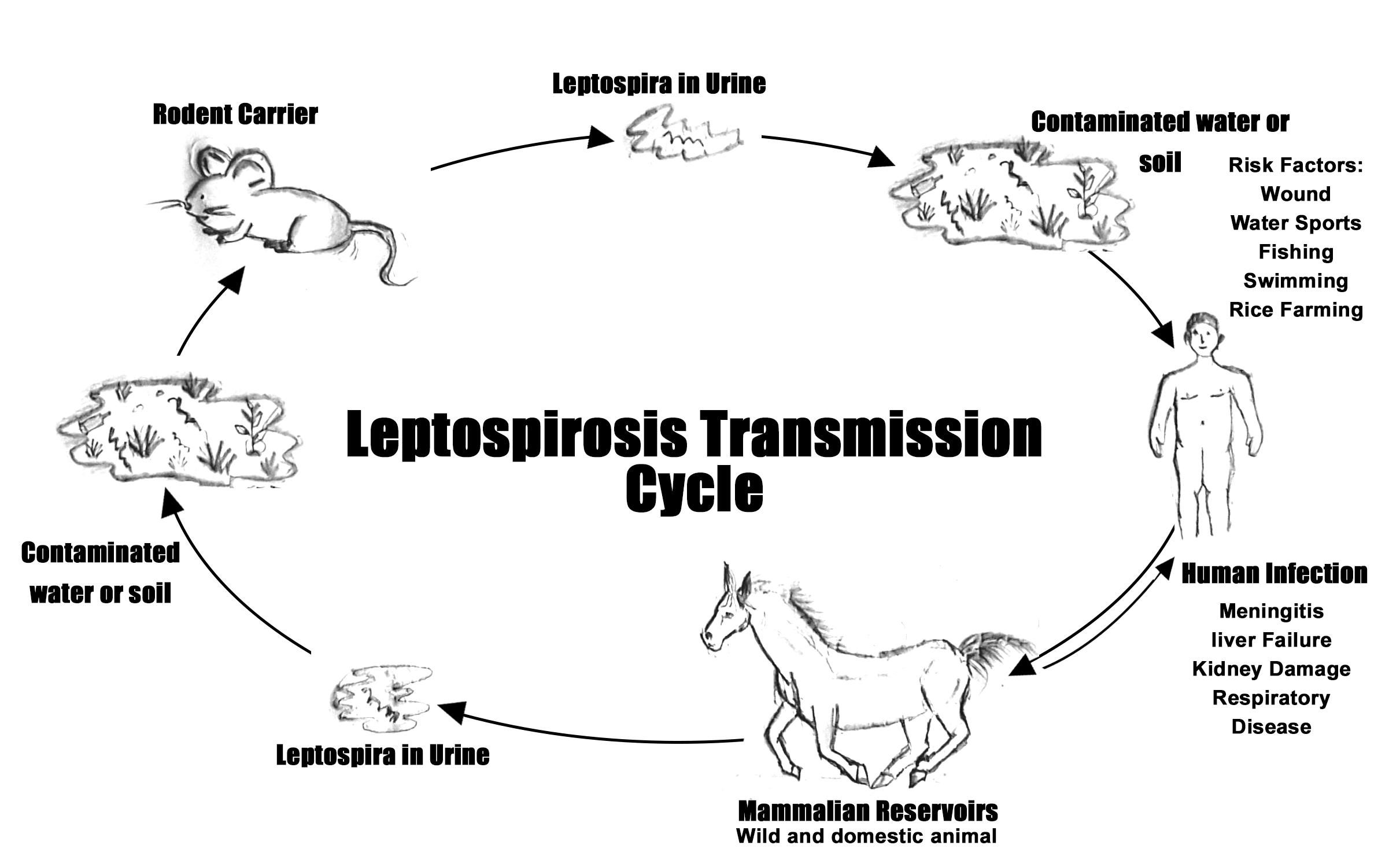 Rat Fever- An alert to the flood victims

Did you know? More than 5000 people in India die every year due to Leptospirosis or Rat Fever. It mainly affects people who come in contact with contaminated soil or water during floods. Leptospirosis cases have seen to be elevated during the rainy season due to exposure to contaminated water and soil.

Rat Fever is caused by a spirochete named Leptospira. Surprisingly it’s been more than 100 years since the discovery of this bacterium yet, no rapid diagnostic tools are available. This is mainly due to the slow growth rate in culture media, laborious detection and can only be performed in reference labs with all the serovars. Interestingly, this bacterium does not only infect humans but also a variety of organisms like hamsters, swine, other rodents and cattle animals which act as carriers.

Mode of infection is through the urine of infected animals, which shed the spirochete microbes into water or soil. The bacteria can enter the body through the injured skin or mucous membranes. Drinking contaminated water can also cause infection (Refer the schematic diagram).

Is it really dangerous? Typical symptomatic human Leptospirosis shows symptoms like dengue and malarial fever (so if your doctor says no Dengue or Malaria, it can be Leptospirosis!). The severity of the disease ranges from chronic fever, cough, headache, chills, and conjunctivitis to acute meningitis, extreme fatigue, respiratory distress and some severe cases like pulmonary haemorrhage, myocarditis, renal failure, uveitis and even death.

Rat fever can be prevented by consuming a prophylactic antibiotic as prescribed by the Physicians. Vaccination of the farm animals is necessary as this is another source of transmission. Simple practices like practicing good self-sanitization, avoiding swimming in the infected animal urine contaminated water bodies, avoiding direct contact with the mud or fresh water during a flood can save you from getting the Rat fever.

With fallout of severe floods in the states of Kerala and Karnataka, there is an earnest appeal for all the rescue team members helping out distressed people; Kindly make sure to incorporate all the necessary precautions like wearing the gloves, boots and take prophylactic drugs to avoid the risk of contracting Leptospirosis infection as it could get more serious in flood-affected areas. For the people who are already exposed to the conditions, kindly consult medical team deployed at the relief sites to avoid further complications, and also advise for the same to the affected people.

Edited by: Mr. Jagdish k and Mrs. Saptami U. Kanekar

3 Replies to “Rat Fever- An alert to the flood victims”