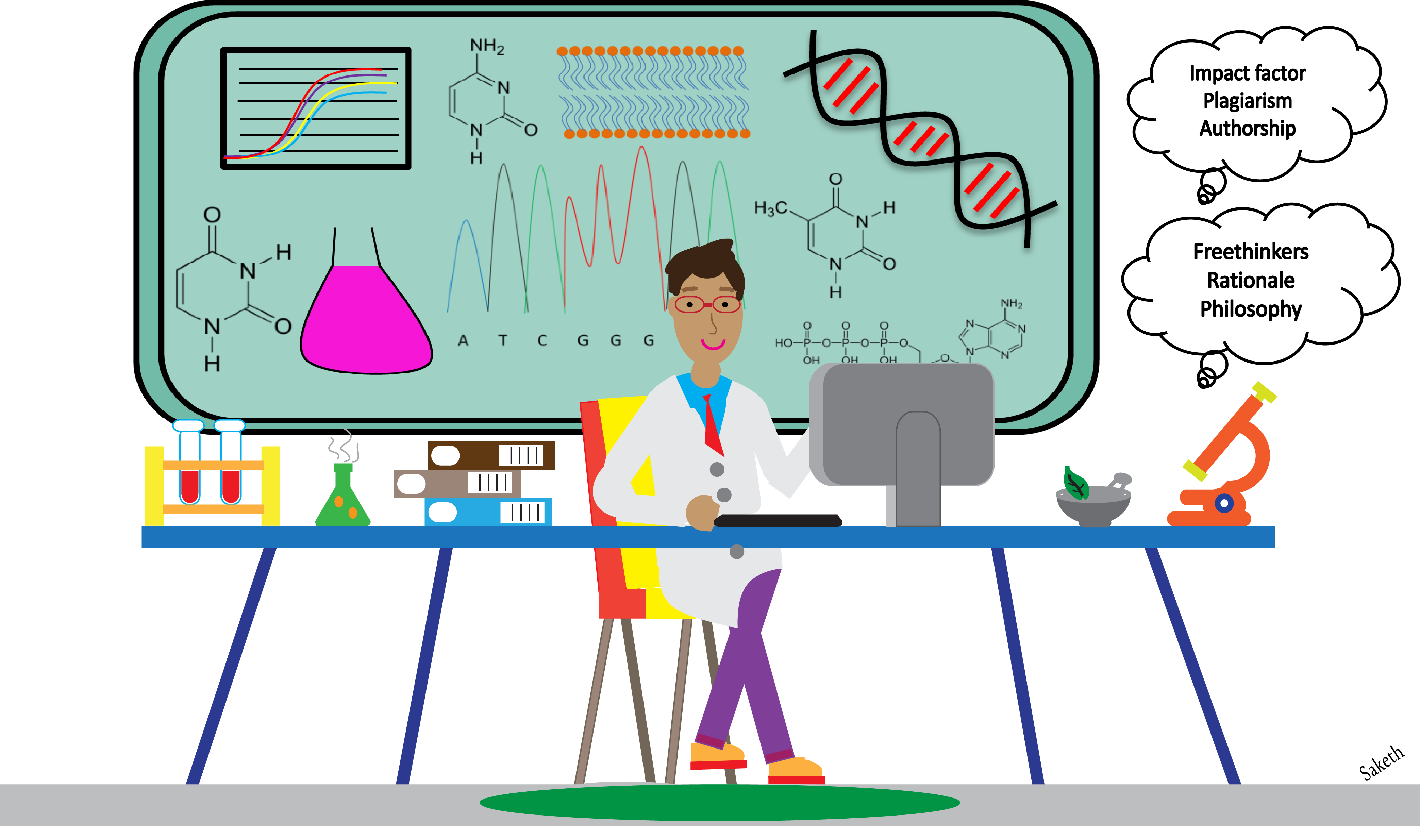 Plot, ploy and the pen: The art of scientific writing

The most pivotal component of a scientific study is the documentation of its findings and its communication to a global audience of fellow researchers. Most often, the modus operandi of this process is through publication of work in a scientific journal. To ensure and encourage high quality research, several journals follow a peer review process. This allows an independent body of experts to scrutinize, critique and assess the authenticity of the claims. Although not bound by a defined set of rules, the craft of communicating scientific data can be bettered through experience, critical thinking and a voracious reading habit.

A good research article is well-structured and essentially contains a few key elements. It begins with a descriptive title, an abstract that briefly describes the hypothesis and key findings of the study and an introduction that describes background literature based upon which the hypothesis is generated. The methodology section should describe in detail all the procedures used to generate the data. Often underrated, this section must be given special emphasis as it determines the reproducibility of the study/experiment. Perhaps the results and discussion section can be described as the ‘head honcho’ of the study as it receives a glaring amount of attention. Although the results are of primary importance to the study, of equal importance is the discussion. The latter must derive meaningful correlations between the hypothesis and obtained results. A cohesive narrative that strings together all the key elements highly benefits the readers. Technically speaking, it must not leave any room for ambiguity. Each sentence must be articulated in what can be described as a ‘crisp’, precise and scientifically-sound language.

The phrase ‘A picture is worth a thousand words’ is rightly said in the context of scientific writing. Pictorial representation of data in the form of photographs, graphs, workflows etc. allows the readers to quickly assimilate the information rather than simply read volumes of texts. Citing the reference(s) at appropriate positions in the text is an essential component of scientific writing. References are employed either to generate a certain hypothesis or to support claims made in the study. However, while gathering information from the available literature, the authors must be vigilant to avoid plagiarism! Software tools are available to run a plagiarism check and also rectify grammatical errors, if any.

Although writing a research article constitutes a major form of scientific writing, there also exist other forms of scientific writing such as record-keeping in a lab notebook, publishing in a scientific magazine, writing a project progress/proposal reports or even writing a blog!! The style, content, length and presentation are strikingly distinct in each case to suit a niche audience. Apart from contributing to the resume of the author, scientific writing also contributes to the generation of knowledge that may also serve as the basis for generating future hypothesis.

In short, scientific writing is akin to storytelling. After all, there is a plot (the hypothesis), a ploy (the methodology) and a pen to wield the story (the results)!!

13 Replies to “Plot, ploy and the pen: The art of scientific writing”