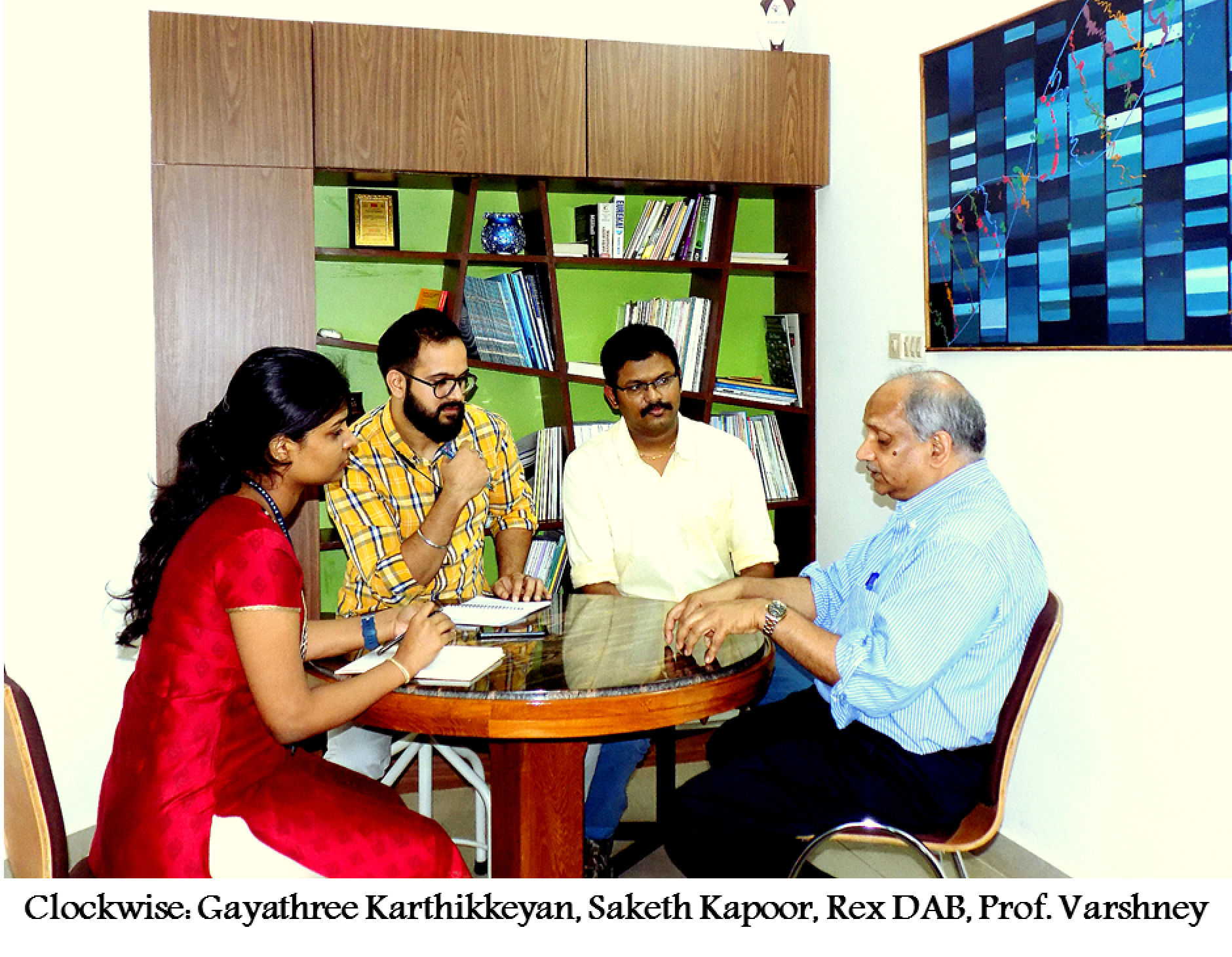 “I really enjoy doing the simplest of simple things and this is one of the things one should learn. Even if you are in a smaller place and you have done one experiment like transformation and if you are looking forward to what happens to that experiment next morning, and you see the transformants on the plate, that enjoyment and excitement is really something that I live for” quoted Prof. Umesh Varshney when asked about what he enjoys the most about being a scientist.

Prof. Umesh Varshney, Molecular Biologist, at the Department of Molecular and Cellular Biology, Indian Institute of Science (IISc), Bangalore visited the Yenepoya Research Centre (YRC), Yenepoya (Deemed to be University) on July 21, 2018 to deliver a guest lecture on “Initiation with the initiator tRNA”.

We, research fellows at YRC grabbed this opportunity to interact with him albeit informally(!) and asked him few questions other than mainstream science. So, in an interview with Saketh Kapoor, Gayathree Karthikkeyan and Rex DAB, Prof. Varshney shared his insights and experiences in scientific research today as well as his personal interests on the questions posed to him.

The first thing he expressed about how he enjoys interacting with his students. “Many a time I will have one view on something, the student will have another view and the kind of things that we can come up with discussion and the questions that we can ask, makes it really interesting, so let’s say, me and my student have different hypothesis, now how to distinguish between two hypotheses by designing simple experiments is interesting“ stated Prof. Varshney.

We also queried him about that one study which he is really fascinated about. However, the answer we received was not just one study but various studies which Prof. Varshney mentioned. He described the very first kind of suppressor that his team analyzed which fell into one carbon metabolism and how it affected the fidelity of protein synthesis. “We were asking a question that a tRNA, which is not really a bona fide initiator tRNA and we know it should not be allowed to initiate, but because of one mutation, it goes into a pathway which normally would not be connected with protein synthesis, that really becomes then interesting to solve that puzzle. So basically, much of the molecular genetics is about solving a puzzle. And it was the first of its kind, when we identified that methylations in rRNA are important in fidelity of selection of initiator tRNA. This study which was immediately published in EMBO journal. And more recently we are finding out that there is heterogeneity in the ribosomes that is again something very exciting for us to go ahead and resolve it”.

We further asked him the about the qualities a budding researcher must possess. To which he again cited the example of a transformation experiment that how much a student is motivated and excited to see the results of his experiment the very next morning. The other very important thing is that a person has to be very persistent and motivated. “I always give this example, let’s say, you went to do some hobby activities, and you have to pay for it. But here my hobby is to do research and at the same time I am getting paid for it. So that is one of the incentives a student who is getting into a research always gets. It’s like getting paid for what you love to do! So, this is the best profession to be in. Also, one should not get depressed or disappointed with one failed experiment because we may not be sure whether it’s a failure. Many a time we are going with our hypothesis and the results we are getting is not fitting into hypothesis, we start calling it as a failure. But one should always try to look for an alternate hypothesis which will explain this outcome and if there aren’t then one should always look whether if there are any technical flaws in what you did”.

We then discussed how important is it for a researcher to go abroad to get an experience from other countries. To which he replied, “The number of scientists that we have in our country is very limited and if you now start picking up a particular area that becomes even narrower. So, if you have an interest in a particular area and if there are facilities available elsewhere, one should always explore that. I would not take the approach that one should just work in the country rather than going abroad, instead, go abroad, learn the things and bring the technologies back to the country”.

Finally, the interview concluded on a lighter note where we asked what he likes to do when not doing research. “Well I like to do nothing!! Being a senior faculty at IISc, there are lots of administrative responsibilities as well, so much of my time goes in fulfilling those responsibilities also. However, having said that, I actually like doing some exercise like jogging, cycling, which have become very infrequent now, but I still try to do it once in a while”.

We thank Prof. Varshney for sharing his time and his experiences with us. We also hope that this transcript will help our readers to motivate themselves for doing science research or other fields/areas they wish to pursue in their lives.

One Reply to “In conversation with Prof. Umesh Varshney, IISc Bangalore”